Hispanic Americans have strongly influenced US society in many ways. From politics to art, from science to civil rights, you’ll find a person from the Latin American community. Knowing who these people are and what they’ve done will help your kids gain a deeper appreciation for Hispanic Heritage Month.

In this blog, your kids will learn about 12 iconic Hispanic figures that shaped our society from the past to the present. 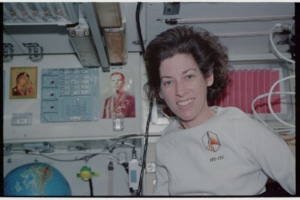 Let’s start the list with something out of this world! We have Ellen Ochoa, the first female Hispanic astronaut to go to space. In 1993, she boarded the space shuttle Discovery for nine days as part of her research on the ozone layer. Since then, she has spent nearly 1,000 hours in space missions and has become a notable Hispanic figure in science.

Due to her significant contributions, NASA has awarded her the coveted Distinguished Service Medal. Up to this day, Ochoa continues to inspire women and young girls to pursue STEM. 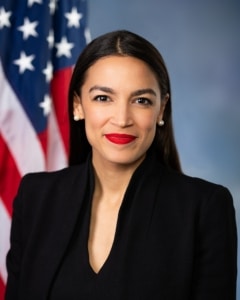 In today’s politics, one of the major Hispanic voices has to be Alexandria Ocasio-Cortez, also known as AOC. She is the youngest person to hold office in the House of Representatives after her victory in 2018. Her strong progressive stance on issues has led to her re-election for a second term in November 2020.

As a representative, she actively advocates for progressive policies on health, equal opportunities, and the environment. For example, she has co-sponsored the Green New Deal package, which seeks to address climate change. 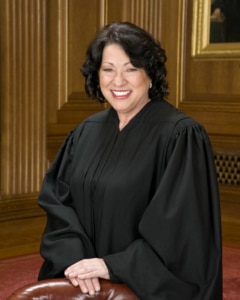 Another major Hispanic figure in US politics is Sonya Sotomayor, a notable Latina court judge. Sotomayor is the first Latina female judge to serve as Supreme Court Justice in 2009. As a Supreme Court judge, she has upheld and advocated for the rights of Puerto Ricans, women, and children in criminal justice.

Aside from this, she has also written a lot of children’s books, which explore themes such as feminism and self-confidence. 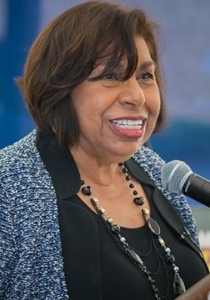 Sylvia Mendez’s victory in desegregating CA schools set precedent for other cases, including Brown v. Board. #WomensHistoryMonth. Image via commons.wikimedia.org

The importance of education is not lost on Sylvia Mendez, a young girl of Puerto Rican and Mexican descent. However, the same could not be said with the education system she grew up in. Her story shows the discrimination Hispanic children faced just to get an education.

Because of her Hispanic ancestry, she was not allowed to enroll in a school that only accepted white children. Her parents, along with the Latin community, disputed this segregationist school policy to court and won. Since their victory, all schools in California have allowed children of all ethnicities to enroll. 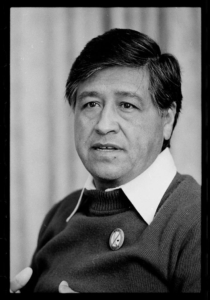 The phrase “Si se puede!” (Yes, it can be done!) rings true with Latin labor leader Cesar Chavez. After all, he is one of the major forces for labor rights in the 20th century. Growing up, he witnessed how farmers were mistreated through his parents, who were farmers migrating to the US. This, along with his own experience, motivated him to fight for the rights of farmers.

In the 1960s, he led a series of non-violent protests for farmer’s rights. Part of it was the Delano grape strike and boycott, where over 17 million Americans boycotted grapes for five years. These protests bore fruit with the establishment of unions that will serve and protect farmers. 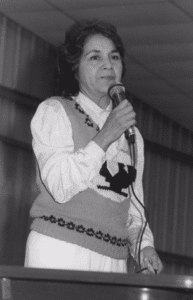 Dolores Huerta is another major Hispanic figure of the labor rights movement in the US. She was at the forefront of grassroots campaigns for farmer’s rights. Along with Chavez, she led non-violent protests including the Delano grape strike and boycott. She also spearheaded the United Farm Workers, which aimed to protect the rights of farmers.

Aside from this, she also pushed for gender equality within the labor union circles. For the rest of her life, she has tirelessly advocated for the rights of women, children, and the working poor.

Latin American voices are also loud and clear in the LGBTQ+ community. Silvia Rivera, of Puerto Rican and Venezuelan heritage, actively fought for trans rights in the 1960s and 1990s. For one, she was one of the leaders in the Stonewall Riots, a protest held in response to violence against LGBTQ+ people.

She was also one of the founders of organizations like the Gay Liberation Front and the Street Transvestite Action Revolutionaries (STAR). Due to her unrelenting spirit for LGBTQ+ rights, she has been included in the 50 activists honored in the Stonewall National Monument. 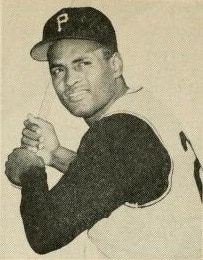 Roberto Clemente from the Baseball Guide and Record Book, 1982. Image via http://commons.wikimedia.org/

Aside from being an excellent athlete, he has also taken part in various charity works. For one, he offered free baseball clinics for underprivileged Puerto Rican children. His sportsmanship and charitable giving serve as a great role model for Hispanic American children.

Cuban-born Ana Mendieta is a renowned figure in the Latin American art scene. Mendieta is an artist who creatively uses multiple mediums of art to convey her worldviews. In her works, she portrays the feelings of loss and displacement through her experiences as a child refugee. She also draws heavily from feminist and Afro-Cuban thought.

Her most well-known work is the Earth-body artwork. In this piece, she combines three different art media: body art, land art, and performance art. By using her body, she wants to show how deep human connection is with the Earth. 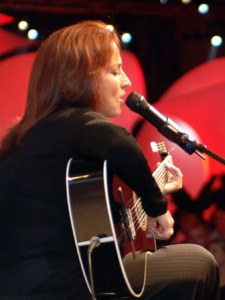 When you think of Latin music, who do you think of? Chances are, you think of Gloria Estefan. After all, she’s one of the major Latin artists in the US.

She paved the way for Latin American artists to enter the international music market. Her music career began as a vocalist for the Miami Sound Machine. Later on, she went solo and launched hit songs like “Rhythm Is Gonna Get You” and “Hot Summer Nights”.

Throughout her career, she won three Grammy awards and the prestigious Presidential Medal of Freedom. Due to her impact on the Latin American music scene, she has been given a star in the Hollywood Walk of Fame.

Julia Alvarez is a critically acclaimed Dominican writer with a wide range of poems, novels, and essays. Her works poignantly reflect her experiences growing up in two different cultures—her childhood in the Dominican Republic and the rest of her life in the United States.

In a poem titled Exile, she vividly recalls the night their family fled from the Dominican Republic. Aside from this, she’s also known for her works like “How the Garcia Girl Lost Their Accents” (1991) and “In the Time of Butterflies” (1994). 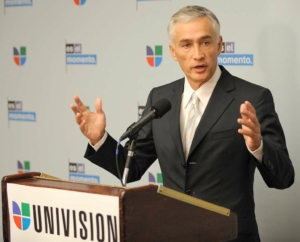 Jorge Ramos is a Mexican-American journalist and a prominent figure in Hispanic American life. After all, he is the Spanish language news anchor for Noticiero Univision, a TV program that most Latin Americans tune into. After leaving Mexico’s rampant censorship, he started anew as a journalist in the US.

In his career, he has covered five wars and interviewed world leaders. He has also moderated numerous presidential debates. His journalistic integrity and fearless pursuit of the truth have earned him a spot in Time’s Most Influential People.

Hispanic Heritage Month provides an exciting opportunity to teach your kids about Latin American culture. By learning about the important Hispanic figures in US society, your kids will have a more meaningful celebration of the heritage month.

For more tips on child development, check out the Rayito de Sol blog.

Hispanic Heritage Month Activities for Your Kids to Try