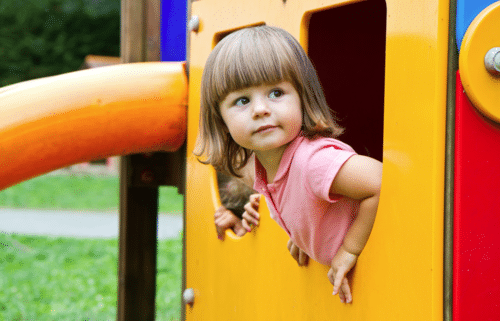 The acronym for STEM was first introduced in 2001. The U.S. National Science Foundation (NSF) had previously used the acronym SMET until a man by the name of Judith Ramaley rearranged the letters to form the word STEM. STEM refers to the fields of science, technology, engineering, and mathematics. More than the individual fields themselves, STEM is the integration of the disciplines into education.

As jobs became more reliant on scientific and technological innovations, the acronym STEM became increasingly understood by average Americans. Popular journals gave credibility to the importance of STEM in regards to keeping a competitive edge in our economy. These reports said that the U.S. was on track to fall terribly behind the rest of the world. We would not be able to compete internationally as a result of poorly prepared students who did not receive enough education in science, technology, engineering, and math.

The hype surrounding the importance of STEM resulted in the integration of STEM in public schools. Science, technology, engineering, and math classes flooded the nation’s school schedules, without much regard to innovating how these subjects were taught. STEM classes seemed to edge out art classes, and schools began undervaluing the impact of integrated art in education. While the initial boost to encourage STEM fields of study worked, it began to plateau due to over-saturation.

Then STEAM came along

Many people were beginning to see that while the focus on STEM had benefits, drawbacks existed as well. The main drawback had to do with STEM maintaining a narrow scope of study with little focus on developing creative problem solving. Experts began to argue that design and creativity were essential components of innovation and progress. Without the ability to think outside of the box, progress doesn’t happen very quickly. As a result, people began to advocate for STEAM. Many schools listened.

The new acronym takes STEM to the next level. STEAM stands for science, technology, engineering, arts, and math. The A for art refers not only to aesthetic arts but liberal arts as well. That umbrella encompasses literature, philosophy, as well as social and physical sciences. STEAM advocates for critical thinking in the process of using the original disciplines of STEM. According to STEAM experts, “STEAM education makes its focus the application of science, technology, engineering, and math through art and design.”

The foundation of STEAM is rooted in critical thinking and asking meaningful questions beyond what is Googleable. This type of process-based learning strengthens the skills that will make your child an expert problem solver.

STEAM boosts engagement. Children can sit in a class which teaches about science, technology, engineering, art, and math but if they are not engaged in the learning process there is little purpose to teaching. We understand the importance of integrated learning. This model allows children to naturally explore all subjects without leaving anything out. While every students’ interests differ, they will always learn from the STEAM activities which we are proponents of.

We create a STEAM environment by:

The STEAM approach to teaching is not always easy, but we believe it is the right thing to do. We build real-life connections and teach skills all while our students are immersed in a totally new language and culture. Learning at Rayito de Sol means that your child will be leaps and bounds ahead of other students in terms of their ability to discern, think critically, and problem solve. We are proud of our STEAM environment, and we want you to know about it.

Winter Activities in Chicago for Families

Indoor Activities for Bad Weather Days
Scroll to top
Our newest location in Naperville, IL opens on October 25! Join us for an Open House.Reserve a Spot
+